How to Draw Curly Hair for Girls

What are the most important elements I need to keep in mind to ensure that the hair I draw turns up looking realistic? How can I break down the process of drawing curly Hair for girls into easy stages that I can follow?

The Art of Drawing Hair requires finding the right balance between the appropriate amounts of texture, light, and shadow. It takes some time to become excellent at drawing, and I still have a ways to go before I can call myself a pro. I don’t think I’ll ever be able to comprehend it, but that’s part of what makes it so interesting. In conclusion, don’t give up and keep sketching no matter what!

What about hair that is curly, though? Shouldn’t this specific sort of hair be treated differently?

However, even though the outcomes are different, the reasoning behind them is still the same. Even so, we’ll need to begin with the general contour of the hair first. It’s common for people with curly hair to have more rogue hairs—that is, hairs that aren’t part of the overall form but nevertheless stick out

For this reason, we’ll focus on creating the form without all of the stray hairs so that it seems more realistic. After the overall outline has been sketched, these stray hairs can be added, but more on that in a bit.

In this article, I’m going to be doing Do and don’ts in the drawing. for how to draw curly hair realistically with a pencil along with the shading explanation to make your curly hair drawing stand out.

I have also done another dos and don’ts video of hair which is a more general overview of the mistakes that people make while drawing hair; you can check it out here.

And before we begin, I’d like to go over some fundamental Pointers for drawing hair, which is as follows:

Let’s start with the Don’ts; Beginner artists do when they attempt to draw Curly Hair.

When beginning to draw curly hair, one of the most common mistakes that beginning artists do is that they begin by drawing the outline of the curl before considering the constructional guideline. This is a major mistake. Because they don’t put in any of the individual locks and the major waves and clumps of the hair, the hair appears to be highly unrealistic. Instead, they simply draw this outline without any reference to the shape.

Therefore, if you outline the design, it won’t look very natural or realistic. Instead, you should focus on giving it graduated changes and making it appear to have extremely smooth transitions between the clumps.

The second common mistake that a lot of beginners make when they are drawing Curly hair. They do a really harsh dark outline, which means they have a tendency to just go in with a really dark pencil right at the start rather than going with the Lighter pencil so that they can erase any mistake they make in their drawing later on.

3.  LIGHTEN UP THE OUTLINE WITH ERASER

Which will leave very harsh lines in your drawing. Because in realistic drawing there is only contrast or highlights there are no lines visible when you attempt realism.

The third common mistake that a lot of beginners make when they’re drawing Curly hair. They shade in using Lines (back-and-forth motions) and this leaves you with really harsh highlight points which will look so wiry and unnatural.

The fourth common mistake is they just fill in everything and don’t leave any space for the highlights which makes the hair look cartoonish.

Another common mistake people do is they try to draw and shade in all the strands using a really dark pencil along with the really hard pressure on the pencil. So if you’re trying to run all the strands it can look very wiry and unrealistic.

How do you draw realistic curly hair?

Now I’m going to show you how I’d improve those DONTS and Prevent them by these upcoming DOS:

The First Do is to DRAW CONSTRUCTIONAL GUIDELINES with a Mechanical pencil. I’m going in with a light kind of pencil first which is here I’m using a mechanical pencil and I’m just drawing the constructional guidelines for drawing hair rather than going all in one go.

The Second Do is to Redefine the constructional guideline rather than going straight away for further details so I just tweak little things just to make sure it is perfect and that I am happy with it.

Always make sure that you’re trying to get your sketch as accurate and as kind of perfect as you want it to be so that when you go and shade it you don’t realize that you want to now change something so again, I spend quite a lot of time tweaking it and just thing to make sure that I’ve got the shapes and the direction of the curl like I want it to be.

3. LIGHTEN UP THE OUTLINE WITH ERASER:

The Third Do is to Lighten up the basic Sketch with an eraser so I’m just going to go over with an Eraser and kind of lighten that sketch all the way up because you don’t want to see harsh lines when you’re doing realism.

With realism, there aren’t any harsh lines so I like to lighten up the sketch before I go in and do my shading and add further details.

Always Shade Hair in Strokes. The really important thing is to shade using the right technique for adding more realism to your drawing. So for the shading, I’m not going in with a very light pencil right at the start of the shading.

I’m building up the layers and putting in all those darkest areas by pressing really gently on the surface of the paper to add the shading.

Just keep layering and building up those Values so I really like to do everything in layers rather than just trying to do it in one layer and get it all done. I just like to slowly build up the layers blending between each layer as I go.

Blending is the most important part of realism. The more you soften the shade with your blending; the more it will look natural and graduated. So I’m blending out the transitions between values (lights, mid tones, and darks) as well as softening individual lines is something that, in my opinion, makes a significant difference. For this step of the process, I prefer to work with a paper blending stump; however, a cotton swab or tissue paper can also be used for the blending.

Adding Texture to the Curly Hair is an Exciting part, but don’t let your excitement get the best of you; otherwise, you run the risk of going over the top. We’ve found that adding a few strands to each segment in order to enhance and define the general surface and appearance of the hair is the best technique to add texture to the hair. This was our main finding. However, including an excessive number of separate strands may cause it to start resembling noodles, so it is important to keep an eye on that.

Establishing Highlights and just pulling up some of the graphite from the Highlight areas is going to make your drawing stand out and even pop a bit more which will make it look really realistic. Also, I’m varying my types of pressure as well so I’m just lightly pulling up some graphite from some areas and then other areas where it was more harsh highlights. So these highlights tend to be towards the middle of each section of the clump.

And for that, I’m using the Tombow eraser just to lighten up these sections but it depends on your reference photo as to where these highlights are, you can then use a blending stump to soften them out if they’re a bit too bright.

Add a bit more value to them and then you can go and lift up some really bright areas to add that sort of variation between your highlighted areas.

I’m just working in layers and I’m going to go back in with that really doubt pencil and just deepen up the shadows, adding some more shadows and adding some details

so now that we’ve done that again we’ve got some very defined lines showing through. I’m going to go and blend it all out with that cotton bud and it just softens everything is really nice and you can still see the lines and kind of defined clumps of hair that are in the shadowed areas but it’s a much softer look and a much more natural look and then once something this. I’m applying a bit more pressure for the areas that have a bit more shadows so that I now have a clear view of where the shadows are in the hair and where the highlights are so that when I go in with the shadowed pencil.

For the whole of the curl, I’m using a cotton bud which I’m using softly blend everything out and just give it more of a smooth kind of tone emerging sort of the value onto the highlighted areas and just softening everything out

Drawing hair using these guidelines will allow you to create more realistic and precise drawings of every length and type of hair, from short to long and curly. In order to perfect your hair drawings, you should draw hair with a variety of textures, colors, and lengths. Then, to create a realistic portrait, mix your drawings with facial features! Drawing hair is the first step in making gorgeous and accurate portraits and figure drawings.

TIPS AND TRICKS TO CREATE THE ILLUSION OF 3D HAIR

I really hope that by the time you’ve finished reading this article, you’ll be able to draw realistic curly hairstyles that are both intricate and lifelike and that you’ll find that drawing hair will be a lot more fun for you from this point forward especially understanding the dos and don’ts.

Drawing hair is a wonderful way to perfect our shading talents and build our ability to convey a wide variety of different textures, both of which may be improved through practice. Not to mention the fact that we can also improve our capacity for observation by deconstructing difficult references.

When you have a solid understanding of the underlying notion, you are free to let your imagination go wild and come up with designs or hairstyles that are distinctive and appealing. 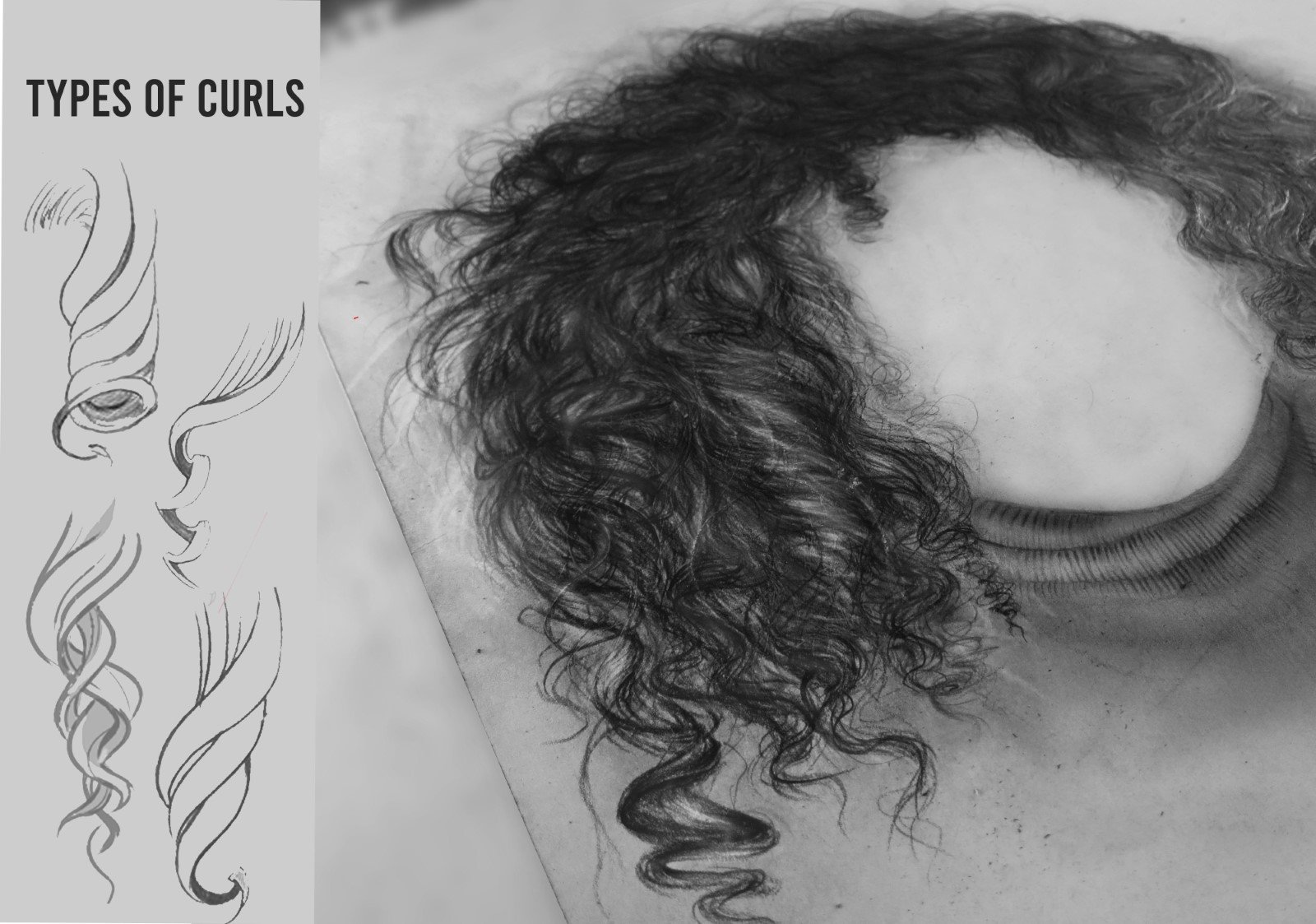 How to Draw Curly Hair Realistic with Pencil

Drawing hair is a most complex feature of the portrait. But it seems that curly hair is even more complicated to draw than straight hair. Not quite. In this post, I will share with you Read more… 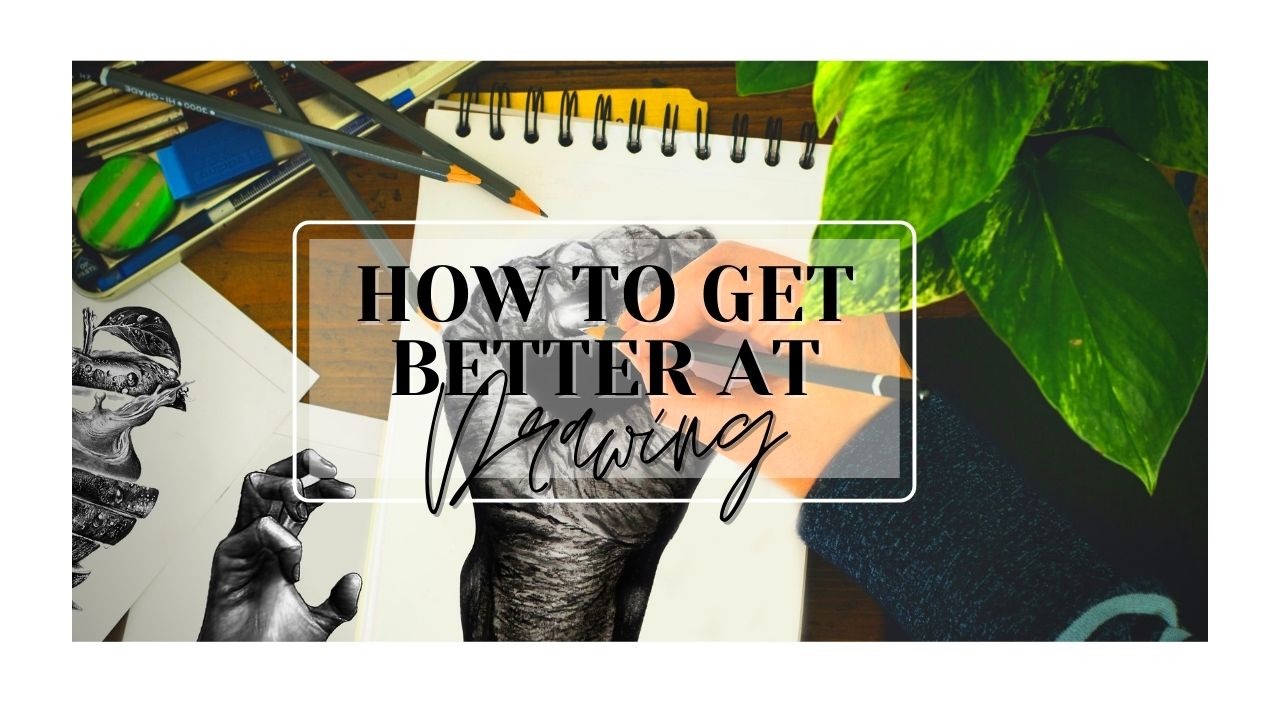 How to Get Better at Drawing

Pretty much every artist struggles to get better in drawing, but the common illusion is that keep putting in more work and more hours to improve your art, or all you need to do is, Read more… 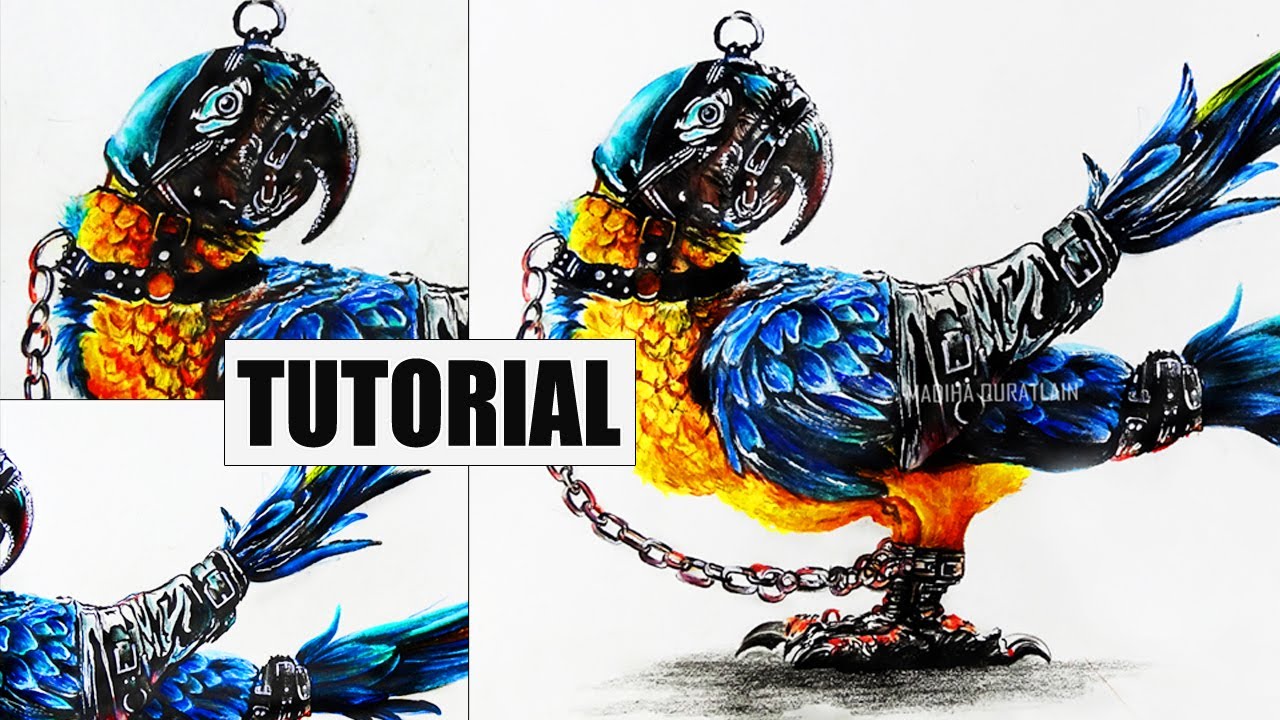 How To Draw a Bird

Realistic bird Drawing We are going to draw a bird, in a step by step manner, please read through following steps and prepare yourself to draw this colorful bird today. To draw this bird, we Read more…