How To Draw 3D Art With Pencil

To Draw 3D art with a pencil, you need to create a grid on two A4 papers, then sketch a 3D model on one grid paper, Once the model is done, place it onto the second grid paper and fill the color or pencil shades. As you achieve 3D shades it is time to cut part of the first paper and past on the second one.

WHAT IS 3D DRAWING?

What is the difference between a 2D and a 3D drawing? Well, the answer is quite simple.

3D on paper is mainly an illusion, If we can create illusion using extended dimensions at certain scale, we can achieve effects of 3D on paper. So keep it in the mind as we move forward.

Also, when we draw in 2D (two dimensions), we create a sketch on our paper with no sense of volume. All that is really taken into account is just the width and height of our object. But when we draw in 3D, we include a third dimension: depth.

It’s stating the obvious to say that drawing in 3D makes a drawing more realistic, considering that it’s more faithful to the small details that the eye observes in reality. It copies reliefs and distances and keeps the same proportions as in reality, for instance when you draw a face

From putting into perspective to grasping optical illusions, the 3D drawing takes various forms and requires strong competency in the drawing.

So that’s why I made this simple easy for you. Follow along with these five steps and achieve mastery by drawing anamorphic illusion character design.

The first step before we begin to draw. Grab two pieces of A4 Size paper and print these two templates for this 3d illusion. Also, you can also get the reference image of the model in this article that way you can get a better understanding of each step.

For Transferring the Grid on Paper you can Use the room Window glass or LED glass screen as a medium of the light.

The Model on the Second Grid will be a longer in Height and smaller in width so if you look at the model from the Closer view, you may find this unbalance. But 3D Drawing is mostly viewed from the distance otherwise they won’t look 3D.

To transfer the model onto the second grid. we will use our grid lines and match them with each other from point to point.

The Purpose is to draw the Model from a Smaller Grid to a taller grid is to transform the Flat Model into a 3D Illusion one. So for this we will do numbering on each box vertically and horizontally on both grids.

Why we’re doing this? Because this will make easier for us to replicate where the model and the grid intersect onto the second grid.

For Example; if the Head of the Model appears on the Number 4 box so I will mark the dot and transfer that on the other Grid on the same Number 4. As the Structure of both Grids are different. The Final drawing will also appears different.

This connection of dots will make it look like 3-dimentional.

Now its time to Ink and Color. For Inking I am using an ordinary Black pointer instead of Fineliner; both work the same. And then I will go for the Colors and markers (you can use any brand) for the complete colorful 3D drawing.

Its almost done and the only one step remaining and that’s for moving part of the background which will give the illusion your drawing sits on top of a piece of paper.

Here’s a Final Result of 3D Drawing Tutorial . I Hope you Enjoy drawing this 3d Anamorphic Illusion character Design.Check Out the Video if you wanted to add some more Visual Spice.Link is down below.. 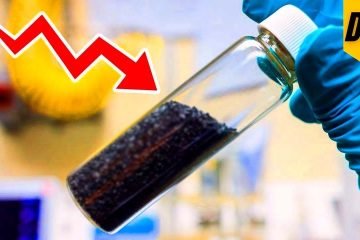 How to Make GRAPHITE POWDER At Home 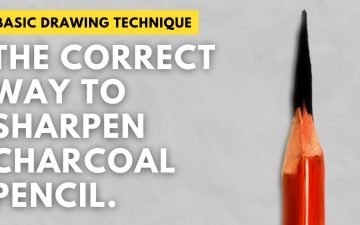 How to Sharpen a CHARCOAL pencil with a KNIFE

How to Draw A Rose

I am going to show you, how to draw a realistic rose, drawing realistic rose can be huge trouble, when I started first time, I wen through many ups and down, the rose drawing sometimes Read more…